• Uncle Pete to perform free concert
Uncle Pete, singer-songwriter, will pres-
ent an interactive musical concert at the July
11th Professional Performance. Charlotte
Hall’s program will be at 10 a.m. at Encoun-
ter Christian Center, Leonardtown’s at 12:30
p.m. at Leonardtown Elementary School and
Lexington Park’s at 3 p.m. at Lexington Park
Library. His performance is being funded in
part by a grant from St. Mary’s County Arts
Council and matching funds from Friends of
St. Mary’s County Library.
Those attending are asked to bring a non-
perishable food item for the local food banks.
• Weekly activities offered for children
Each week children ages 4-12 can drop in
and make a free craft from 1 p.m. to 4 p.m. on
the following days: Tuesdays and Thursdays
at Charlotte Hall; Wednesdays at Leonard-
town; and Tuesdays, Wednesdays, and Thurs-
days at Lexington Park.
Children can hunt for pictures hidden
around the library in the One World Many
Stories Scavenger Hunt to earn a prize. The
summer reading program is underway and
they can pick up a game board and complete
fun reading activities to earn prizes and a
book.

• Space available in computer classes
Children ages 9-12 can register for a ba-
sic Word computer class to be held July 14 at
Lexington Park and July 21 at Leonardtown.
Both start at 2 p.m. Space is also available
for an adult online genealogy computer class
scheduled at Lexington Park on July 12 at 5:30
p.m. The class will cover free websites to use
in genealogy searches plus other genealogy
resources. Registration is required.
St. Mary’s Department of Aging
Programs and Activities
• Senior Citizen Farmers Market Coupons
Senior Citizen Farmers Market Coupons will
be distributed on the following schedule:
Garvey Senior Activity Center on July 11 from
8:30 a.m. to 4:30 p.m.; Loffer Senior Activity Center
(SAYSF Church) on July 13 from 9 a.m. to 4 p.m.;
and Northern Senior Activity Center on July 14 from
9 a.m. to 4 p.m. This is a Federal assistance program.
You must be 60 years of age or older. Income eligibil-
ity limit is $20,147 annually for a household of one,
$27,214 annually for a household of two. You must
sign a statement that you are eligible for this Fed-
eral Program, acknowledging that false information
could result in civil or criminal prosecution. For more
information, call Kathy at 301.475.4200, ext. 1072.
• Sign up due for ‘Evergreen’ Tote Basket
On Tuesday, July 19 & 26, 1-4 p.m., a basket
weaving class will be held at the Northern Senior
Activity Center. The featured basket will be an ‘Ev-
ergreen’ tote – its 12” long, 5” wide, and 9” high and
woven of natural and dyed reeds. The sturdy handles
are made of fabric called ‘Shaker tape’. It is a handy
size and very attractive with a plaid stripe to match
the handle. Cost is $35, all weaving materials and
supplies are provided. To reserve your spot for this
two-session class, please drop-off payment to the
Center by July 15. Call 301-475-4002, ext. 1003 for
more information.
• Garvey Senior Activity Center Breakfasts
On Tuesday, July 12 at 9:30 a.m. the Garvey
Center staff will serve an egg scrambler with sau-
sage, cheddar cheese and tomato, hash browns, toast,
and milk/coffee/tea. Cost: $2.00.
• Free Skin Cancer Screening
Dr. Kumar and PA Sangha from MD Derma-
tology will be at the Interim Loffer Senior Activity
Center (SAYSF) on Wednesday, July 20 from 10 a.m.
to noon for a free skin cancer screening. Walk-ins are
welcome but appointments are preferred. To make an
appointment call 240-725-0290 or stop by the recep-
tion desk.
• ‘Whimsie Works’ Pottery
On Tuesday, July 12 at 2 p.m., ‘Whimsie Works’
pottery will be held at the Northern Senior Activity
Center. This day time schedule has replaced the eve-
ning hours previously held at the center. Walk-ins are
welcome, no previous experience is necessary. Learn
from experienced potter Pam King on how to use the
wheel, press clay and hand-build. Cost is minimal for
fring and other supplies.
• Lyme disease discussion/support group
The meeting has been canceled for Thurs-
day, July 14 and will be rescheduled for a future
date. Please call 301-475-4002 ext. 1001 for more
information
• Clare O’Shea workshop at Interim Loffer Se-
nior Activity Center (SAYSF)
You may have seen Clare in a few movies or TV
episodes; maybe you’ve heard her sing in Southern
Maryland where she now lives- perhaps you’ve met
her at Loffer in February when she was the featured
entertainer at the annual Love Day party. Clare is a
gifted artist who is writing her fascinating life story
as a professional journeyman actor in Hollywood and
New York. She plans to perform this work profes-
sionally as a one-woman show. She is looking for a
trial audience to workshop with her and offer feed-
back as needed. Sessions take place from 10 a.m. to
noon on the following Wednesdays: July 13, 20 &
27. You can attend one session or all of the remaining
sessions depending on your schedule. If you would
like to sign up for any part of this series call 240-725-
0290 or e-mail [email protected]
Lofer Senior Activity Center (SAYSF), 240.725.0290; Garvey Senior Activity Center, 301.475.4200, ext. 1050;
Northern Senior Activity Center, 301.475.4002, ext. 1001; Ridge Nutrition Site, 301.475.4200, ext. 1050.
Visit the Department of Aging’s website at www.stmarysmd.com/aging for the most up-to date information.
Thursday, July 7, 2011 24
The County Times
Brought to you by the Board of County Commissioners for St. Mary’s County: Francis Jack Russell, President;
Lawrence D. Jarboe; Cynthia L. Jones; Todd B. Morgan; Daniel L. Morris and the Department of Aging.
Join the fun!
Make new friends!
Improve your health!


EnhanceFitness is a group exercise class that improves your
balance, flexibility, bone density, endurance, coordination, mental
sharpness and decreases your risk for falling. 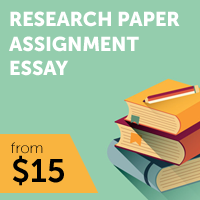