Closing Chicago’s Food Gap by Providing Incentives to Limit Waste
Cris Cambianica, Will Deheeger, Abby Harrington, and Brian Geiger
Introduction
This paper proposes policies to control the waste stream of post-production food in order to reduce hunger
immediately in Chicago. The sheer volume of healthy food waste in Chicago makes this the most viable path to
feed thousands of Chicagoans. Currently, food rescue programs are not coordinated enough to pick up smallto moderate-scale food donations, which results in millions of pounds of aggregate waste. Lacking their own
distribution networks, these programs are also unable to move food waste from areas with a high
concentration of restaurants and grocery stores to food deserts in the south and west regions of Chicago. We
recommend offering tax deductions and liability protection to food suppliers as an incentive to
collect food donations on their routes to hundreds of restaurants.

Background
Chicago boasts more than 19,0001 restaurants yet still struggles with arguably the most basic of human rights:
access to healthy and affordable food. According to the Greater Chicago Food Depository (GCFD), 1 in 6
Chicagoans are food insecure, meaning they lack resources (e.g. funds, transportation capabilities) to obtain
healthy food on a regular basis. Food insecurity is highly concentrated in low-income neighborhoods on the
south and west sides of the city, but food insecure individuals live all throughout Cook County.2 Moreover,
organizations like the GCFD are unable to meet the demand of food insecure individuals.3 Since the 2008
recession, demand for food has increased, but food donations have decreased as producers have become more
efficient.4
Several steps have been taken to increase food access for food insecure individuals. Recently the City of
Chicago has enacted a zoning ordinance to promote more urban agriculture, partnered with Farmers of
Chicago and Growers Power to turn vacant lots into community gardens, expanded LINK, commonly known
as food stamps, to include eligibility at farmer’s markets, and promoted the development of regional food
hubs.5 Although these are all important measures, they have not scaled up quickly enough to produce the food
supply that Chicagoans need, since there is not a readily available system of food production on which to build.
The state of Illinois imports 90 percent of its fresh produce and exports a large amount of its staple crops,


soybean and corn.6 However, there are immediate opportunities for Chicagoans to access fresh food and
produce. A tremendous amount of fresh food—post-agricultural production—is wasted in Chicago. This waste
occurs in restaurants, cafeterias, and other large food suppliers. Current efforts to rescue this food are,
unfortunately, neither expansive nor well-coordinated.
Non-profits like Iron Farms have created systems to repurpose waste from grocery stores and local
restaurants into soil for community gardens, but they are generally unable to rescue food before it has
expired.7 The GCFD picks up excess food from large suppliers like major grocery stores but lacks the
coordination and distribution network to rescue perishable produce and other healthy foods from the
thousands of restaurants in Chicago. The company Zero Percent connects restaurants to food pantries by
alerting pantries when restaurants have excess food for pick-up and by recording restaurant donations for tax
deduction purposes, but this program is for-profit and it does not provide a way to distribute excess food to
areas without a high concentration of restaurants or waste.8 From these examples, it is evident that our
current system of food rescue is incomplete.

Policy Idea
The barriers to solving food insecurity in Chicago lie not in a lack of food or commitment, but in a lack of
incentives and coordination to control the waste stream. This policy paper aims to promote the use of existing
restaurant supply distributors to collect excess food on their routes by proposing tax deductions and liability
protection for supply distribution trucks that participate in food rescue. Presently suppliers drive to
thousands of restaurants and then drive empty trucks back to their warehouses.9 The city could provide
incentives for suppliers to have their drivers collect food donations from hundreds of restaurants along these
same routes. Consolidating all of these donations in supplier warehouses would then make for easy bulk pickup by nonprofits and pantries.

Policy Analysis
The food collected by suppliers would collect a lot of healthy food that would otherwise go to waste. Currently,
the for profit organization Zero-Percent, coordinates 12,000 to 15,000 lbs of food per week to be redistributed.
Zero Percent rescues thousands of pounds a week without even providing coordinated food pick up the
system presented in our policy. The amount of rescued food would be much greater upon the use of pre
existing supply networks.10 Additionally, due to the quality control restaurants institute upon their own food,
the food collected would have already undergone strict food inspection. Furthermore, food that is considered


“waste” may simply be described as such because the restaurants generating it have overstocked this food is
healthy and fresh, but restaurants are unable to use it.11 Since food would be collected from hundreds of
restaurants, many of which rotate their menus, this policy would also ensure diversity of food and nutritional
content in food programs, unlike present food donations that occur in bulk.
Food suppliers are ideal distributors of donated foods. They already have refrigerated trucks and warehouses,
institutionalized protocols on food safety, and staff trained in food safety.12 Furthermore, restaurants already
have relationships with their suppliers such that they are likely to trust that the food will not be contaminated
or spoiled and result in a damaged reputation or liability for the donors. There are many companies and
restaurants that know that they are protected from liability for donated food but do not trust the food safety
knowledge of organizations requesting food donations, according to a senior manager of Corporate Social
Responsibility at Tyson foods.
Incentivizing food rescue with supplier tax breaks would also be one of the most cost-effective policies for
mitigating hunger in Chicago. Because the program would rely almost entirely on existing infrastructure, staff,
and planning, and because it would generate positive publicity, it likely would not take a very large incentive to
get suppliers to participate. It is even possible that the tax breaks could eventually be phased out as this
practice becomes institutionalized through corporate benchmarking. Presently the program is being piloted
by City Harvest London with the support of companies on our purely voluntary basis, without tax
incentives.13 To avoid an adverse impact on small businesses as well as women- and minority-owned
businesses, a sliding scale of tax incentives could be used to ensure equitable participation and benefits.
There are only two things standing in the way of suppliers’ participation in controlling the waste stream of
Chicago’s food supply: liability and incentive. Local government can easily remove these barriers. First,
Chicago food donors are protected from liability except in cases of gross negligence under the state and federal
Bill Emerson Food Donation Acts. The law could be amended to provide explicit protection to individuals or
companies that are distributing, but not donating, food. Second, providing a tax deduction to suppliers based
on the number of miles the food is transported and the tonnage of food being distributed would cover some of
the program’s miscellaneous startup costs and incentivize participation. While food donations are tax
deductible under the Food Provision in the Pension Act of 2006, these donations are not extended to
organizations that distribute donated food.14

One in six Cook County residents are food insecure.15
Roughly 123,000 Chicagoans live more than a mile from a grocery store.16
Chicagoans waste 55 million pounds of food every month, according to the USDA.17
Up to 40 percent of all food produced in the United States is thrown away as it moves through the
supply chain.18
A 30 percent reduction in waste could feed all of America’s hungry.19

Food banks face problems including a lack of fresh produce donations, cuts to SNAP, increased food
prices, impact from the 2008 recession, and difficulty reaching certain neighborhoods.20
Suppliers are already taking empty trucks from restaurants to warehouses. These trucks could be
filled with rescued food.21
A significant amount of food could be recovered from restaurants if a collection program were put in
place using existing infrastructure.

Outreach to Chicago suppliers
Observe outcomes in City Harvest London supply chain food rescue
Development of Chicago pilot program
Measure the effectiveness of food distribution, including quality and quantity of food and the areas
that the supplier-pantry partnerships reach. (It is imperative that the programs reach underserved
areas and do not create redundancies in areas that can already be served with programs like Zero
Percent) 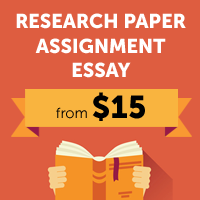