IN THE CINCINNATI ELECTIONS COMMITTEE


To the Honorable Members of the Cincinnati Elections Commission:
Having been duly sworn and cautioned, Complainant, Nathaniel Livingston, J r.,
proceeding pro se, now comes and hereby respectfully represents to the Commission as follows:
I. PARTIES
1. Complainant NATHANIEL LIVINGSTON, J R. is an individual citizen of the
State of Ohio, who, upon personal knowledge, sets forth the alleged violations of the Charter of
the City of Cincinnati and the Cincinnati Municipal Code outlined below.
1
2. Upon information and belief, Respondent CHRISTOPHER SMITHERMAN is an
arrogant politician who is closely aligned to the Tea Party wing of the Republican Party.
1

Smitherman has publicly stated that his life goals are to become a decamillionaire and President
of the United States. Chris will do anything to obtain money and power.
Smitherman is a corrupt politician and political fraudster who calls himself a “financial
planner,” even though, according to the Certified Financial Planner Board of Standards, Inc., he
is not recognized as a professional CERTIFIED FINANCIAL PLANNER
™
, and he has not
completed the training and experience requirements necessary to become a CFP
®
professionals --
including undergoing a background check; meeting character and fitness standards; adhering to
ethical standards, and obtaining continuing education. Not only does Smitherman lack financial
planner certification, he lacks any formal training in finance or accounting. He basically makes
money by selling mediocre insurance products to gullible individuals.
Despite Smitherman’s lack of financial credentials, he holds himself out to the public as a
financial expert.
2
Neither lack of credentials nor grossly inaccurate financial predictions have
stopped people like Cincinnati Mayor J ohn Cranley from aiding and abetting Smitherman in his
ongoing masquerade as something he isn’t. On the contrary, Smitherman has cleverly convinced
Mayor Cranley to appoint him Chair of the City of Cincinnati’s Economic Growth and
1
Since taking office in December of 2011, Smitherman has mimicked the playbook used by his Tea Party
Republican allies in the U.S. Congress. He has used his position of power on Council to unethically funnel
money to his family members, friends and political cronies; investigate, demonize and punish those who refuse
to blindly follow him; and take public money away from the poor and needy to give it to the rich and powerful
in the form of corporate welfare. Smitherman has participated in numerous discussions, and voted multiple
times on Council Ordinances involving Cincinnati’s Streetcar Project, knowing full well that his brother,
ALBERT SMITHERMAN, his sister-in-law, LIZA SMITHERMAN, and the Smitherman family construction
company, J OSTIN CONCRETE, were contractors on the project. (See attached letter from Attorney Casey
Costin.) These actions and votes are clearly unethical and they probably violate numerous federal, state, and
city laws and ordinances against corruption, nepotism, and double dealing.
2
In the past, Smitherman has made wild accusations about the financial health of the city, including, in 2006, a
prediction, based on a claimed “calculations,” that the city would go bankrupt in 2007. It didn’t. But that didn’t
stop the lazy, local, white media from pretending that Smitherman’s opinions on financial matters are credible.
2

Infrastructure Committee – a committee with jurisdiction over development agreements, road
improvements, residential and commercial development processes, inclusion policies, downtown
development, casino development, the Port Authority, infrastructure, and GO Cincinnati.
Smitherman’s claim to be a financial expert is relevant to making a determination of whether he
knowingly violated the city’s campaign finance laws by accepting illegal contributions from his
brother, his brother’s wife, and the Smitherman family construction company. Someone who has
run for Council four times and purports to know about money, finance, budgets, law, and fund
raising cannot credibly plead ignorance of the city’s campaign finance laws or of the actions
taken by individuals working on his political campaign.
Mayor Cranley also appointed Smitherman Chair of the City’s Law & Public Safety
Committee. In this position, Smitherman has operated like a thug. He has used his enormous
oversight power over the Cincinnati Police Department and the Law Department to bully the
cops, shakedown the city’s lawyers, interfere with prosecutions, and lecture the people of
Cincinnati about being bad citizens. Fear of Smitherman may explain why the Commission has
looked the other way and failed to perform its duty to review Smitherman’s reports, investigate
whether he is in compliance with the city’s municipal election campaign finance laws, and take
action against him if he is determined to be non-compliant. Also, because Smitherman exercises
oversight authority over the city solicitor’s office, and the solicitor’s office has demonstrated
they fear Smitherman, the Commission should request the city solicitor employ outside counsel
to assist it in carrying out its investigative and enforcement duties.
Smitherman seems to believe he is above following rules. He routinely uses personal
email addresses to conduct public business. This is done to avoid making the communications
available for public inspection and complying with Ohio’s public records laws. This behavior,
3
quite possibly, represents criminal behavior. The Commission must consider this relevant
information when determining whether to exercise your power to subpoena witnesses and/or
production of documents.
3. Upon information and belief, ALBERT C. SMITHERMAN is Christopher
Smitherman’s brother. He can’t legally contribute more than $1,100 to any one Council
candidate in the period between successive Council elections.
4. Upon information and believe, LIZA D. SMITHERMAN is married to Albert
Smitherman, making her Christopher Smitherman’s sister-in-law. She can’t legally contribute
more than $1,100 to any one Council candidate in the period between successive Council
elections.
5. As indicated in online records from the Ohio Secretary of State, the Smitherman
family owns, operates, and controls the for-profit corporation known as J OSTIN
CONSTRUCTION, INC. (The corporation is formerly known as J ostin Concrete Construction,
Inc.) There are no records showing that the corporation is a political action committee. The
corporation is listed in the city’s Small Business Enterprise (SBE) program directory. Upon
information and belief, as the politician in the Smitherman family, Chris Smitherman works to
get jobs and contracts for the corporation. In return, the corporation kicks back contributions to
the politician’s political campaigns and other activities.
3
J ostin Construction’s website lists
Albert Smitherman as president and chief executive officer, and Liza Smitherman as vice
president of professional development.
3
In 2012, J ostin Construction, Inc. reportedly funded Chris Smitherman’s NAACP campaign by purchasing
dozens of Cincinnati NAACP memberships, giving them to J ostin employees, and instructing the employees to
vote for Chris as Cincinnati NAACP president. J ostin helped buy the NAACP presidency for Chris
Smitherman who leveraged his NAACP position to get contracts, jobs, and money for his family’s company.
4

II. JURISDICTION
6. Article XIII of the Charter of Cincinnati grants the Cincinnati Elections
Commission jurisdiction to administer and enforce the city’s campaign finance laws. The
Charter imposes a duty on the Commission to review and investigate potential violations of
municipal election finance requirements when presented with a sworn complaint based on
personal knowledge alleging a violation of the city’s campaign finance laws.
7. Rule 11 of the Commission’s Rules for Administration and Enforcement of
Article XIII and Chapter 117 of the Cincinnati Municipal Code provides that upon presentation
to the Commission of a sworn affidavit of any person, made on personal knowledge, setting forth
an alleged violation of the provisions of Chapter 117, the Commission shall be immediately
required to transmit, by certified mail, a copy of such affidavit by certified mail to the candidate
and the treasurer of the candidate’s campaign committee, and proceed to investigate the charges
made in the affidavit.
III. FACTS
8. Smitherman was a Council candidate in 2003, 2005, 2011 and 2013. He was not
elected in 2005.
9. The Commission is required to review candidate campaign finance reports to
determine if Council candidates are in compliance with the campaign finance regulations of
Article XIII and Chapter 117 of the Cincinnati Municipal Code.
10. The Commission is required to investigate any matters that appear to violate any
of the provisions of Article XIII or Chapter 117 of the Cincinnati Municipal Code.
11. Article XII authorizes the Commission to “request the city solicitor to employ
counsel to assist it in carrying out its duties.”
5
12. In the period between successive elections of members of Council, a person may
not contribute more than $1,100 to any one Council candidate. A Council candidate may not
solicit or accept a contribution exceeding the maximum limit permitted by law.
13. At the conclusion of the reporting period following the November 2013 Council
election, Christopher Smitherman filed a candidate campaign finance report. The report was
uploaded to the city’s website. I cannot determine if the Commission reviewed the report.
14. I reviewed an online copy of the report and found that Albert Smitherman
contributed $1,100 to Christopher Smitherman on November 11, 2011; and another $1,100 to
Chris on J une 29, 2013. Albert Smitherman’s total contributions to Chris Smitherman for the
period equals $2,200.
15. The report also shows three donations from Liza Smitherman to Christopher
Smitherman during the period. She donated $1,100 to him on November 11, 2011; $1,100 on
February 22, 2013; and $500 on October 30, 2013. During the period, Liza Smitherman
contributed a total of $2,700 to Chris Smitherman.
16. The address associated with the October 20, 2013 donation from Liza Smitherman
is 2335 Florence Avenue, Cincinnati, Ohio 45206. This is the address listed for J ostin
Construction, Inc. in the Secretary of State’s records. The $500 contribution made by Liza
Smitherman may be from the account of the for-profit corporation mentioned above or from an
illegal political action committee or political contributing entity.
6
PRAYER FOR RELIEF
WHEREFORE, Complainant prays that this Commission do the following:
A. Immediately transmit, by certified mail, a copy of this sworn complaint
and affidavit, to Christopher Smitherman and the treasurer of his
campaign committee;
B. Proceed to investigate the charges made in this sworn complaint, by,
among other things, issuing subpoenas to Chris Smitherman, the treasurer
of his campaign committee, and the officers of Jostin Construction, Inc. ,
for production of all relevant records;
C. Immediately request the city solicitor employ outside counsel to assist you
in carrying out your investigative and enforcement duties;
D. After providing notice to the public, hold a hearing, open to the public,
where members of the public are afforded the opportunity to address the
Commission, for the purpose of making a preliminary determination of
whether Smitherman violated the city' s campaign finance laws;
E. For making, soliciting, and/or accepting contributions that exceed the
maximum permitted by law, penalize Chris Smitherman by fining him
three times the excess contribution and requiring him to return all illegal
contributions accepted.
7
Respectfully submitted,


TON, JR.
Telephone:
VERIFICATION AND AFFIDAVIT
STATE OF OHIO
COUNTY OF LUCAS
)
) SS:
)
I, Nathaniel Livingston, Jr., having been first duly sworn and cautioned, state that I
am over 18 years of age. I have read the Complaint and Affidavit. I have personal knowledge
of the contents of the Complaint and believe the same to be true and correct to the best of my
knowledge and belief. I am signing this Affidavit and Complaint freely, voluntarily, and
without duress.
Further, affiant sayeth naught.
Date: !J-8, Zul i
The foregoing instrument was acknowledged, sworn to and subscribed by Nathaniel
Livingston, Jr. , in my presence on this 28th day of May, 2014.
JODI CONNORS
Notary Public, State of Ohio
My Commission Expires
April 27, 2019
8
. 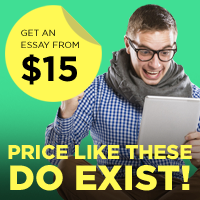 Osmena vs Commission on Elections